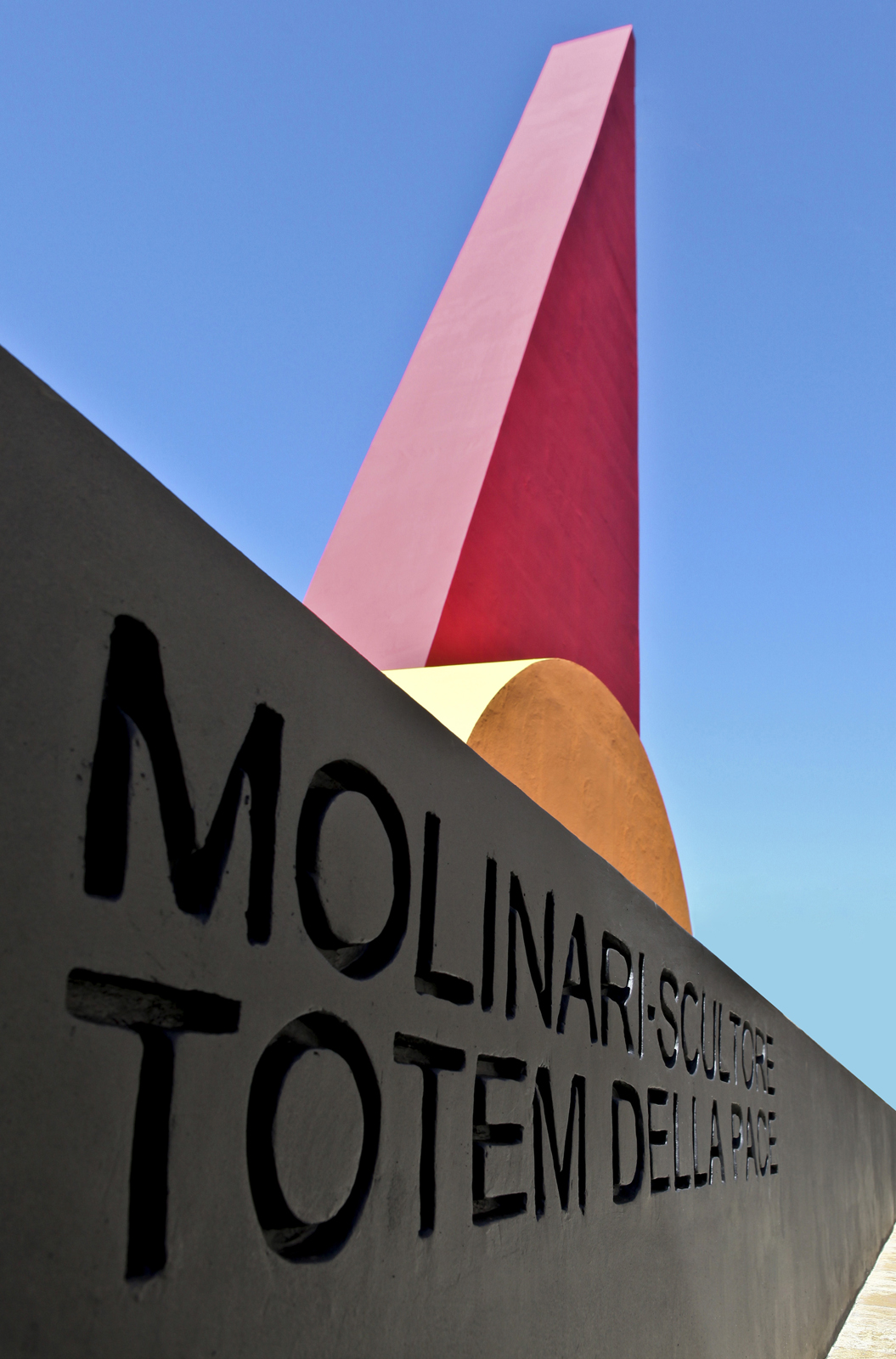 The “Totem for Peace”, artwork by the Italian sculptor Mario Molinari, is the symbol of the “Maison de la Paix – Casa Universale delle Culture” and it represents Peace in the World and, especially, in the Greater Mediterranean: the aim of the Fondazione Mediterraneo is to spread this universal symbol to constitute the network of the “Cities for Peace in the World”.

The sculptor Mario Molinari was a famous artist, sensitive to peace and dialogue among cultures, as it is witnessed in his works and life.

The cultural project "Totem for Peace" is carried out around the world by Michele Capasso: since 1990 he voted his life to the creation of a dialogue as an instrument for the resolution of conflicts, combining his internationally experience in social and intercultural fields with his professional carreer as architect and engineer.

The sail represents the travel, the sea. Our Sea which has been the cradle of civilisation, not only theatre of clashes and battles among peoples but also theatre of exchanges of goods and knowledge. A sea, celebrated in the myth, where Ulysses got lost, wandering in his desperate research of a way back. The sail tainted in red, at dawn and sunset, at leaving and return, following the constant rhythm of the Universe.

® The "Totem for Peace" is a trademark duly filed in accordance with the regulations. Therefore, any initiatives undertaken by third parties using that trademark or the word "Totem for Peace" in any context and for whatever purpose, it integrates to all intents and purposes the case of trademark infringement.